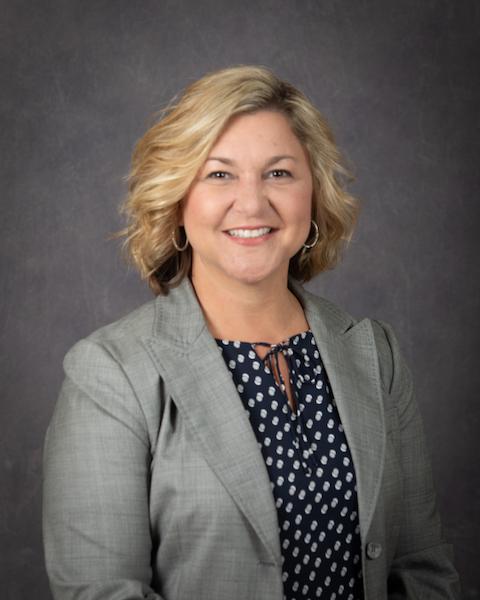 Dr. Andreyko proudly serves as the Superintendent of the Quaker Valley School District.  She was appointed to this position in August 2018.  Prior to arriving at QV, she served as an Assistant Superintendent and Principal at North Allegheny School District and as an English and debate teacher in the Chesapeake Public Schools in Virginia.

Dr. Andreyko earned her Bachelor of Science degree in English and Speech Communication from Kent State University.  She received her Master of Science degree in Educational Administration from Old Dominion University and a second Master of Science in Human Resources Management from La Roche College.  Dr. Andreyko was awarded her Superintendent’s Letter of Eligibility from Gannon University and completed her doctorate at the University of Pittsburgh.  Dr. Andreyko’s dissertation was entitled Principal Leadership in the Accountability Era: Influence of Expanding Job Responsibilities on Functional Work Performance, Stress Management, and Overall Job Satisfaction.

Dr. Andreyko maintains her professional affiliation with several organizations that include the following:

During her career, Dr. Andreyko has had the opportunity to represent Western Pennsylvania on the PASCD and PAMLE State Boards of Directors.  She has been published in the PAESSP journal and the Pennsylvania Administrator for Educational Leadership.  She has also presented at the ASCD National Conference, Learning Forward National Conference, the University Council of Educational Administrators’ National Conference, PDE Standard Aligned System Conference, PAESSP State Conference, and the PAMLE State and Regional Professional Development Institutes.  In 2004 she received the Horace Mann Program for Educators Scholarship, and in 2006 she was selected as the PAMLE’s Administrator of the Year.  In 2008, she was presented with an Alumni Doctoral Fellowship from the University of Pittsburgh and PAESSP/Lincoln Investment Inc.’s Bob D. Schiller Memorial Research and Support Award.  She was also inducted into La Roche College’s Distinguished Alumni Circle in 2013.  In addition, Dr. Andreyko’s work has been celebrated in 2009 when she was named PAESSP’s and MetLife’s Pennsylvania Middle Level Principal of the Year and received the Phi Delta Kappa Three Rivers Council’s Dr. Mary Ravita Leadership Scholarship Award.  PASCD recognized her with the state’s Curriculum Award in 2016.  She was also recognized in 2002 by Kent State University as their Outstanding Young Alumna by the Alumni Greek Council and Inducted into Kent State’s College of Education, Health, and Human Services Hall of Fame in 2017.

Other
Administrative Assistant to the Superintendent: Ms. Christine Kardong.