Quaker Valley School District has dreamed of a new high school for years.

In 2020, we’re proud to continue advancing the work of past school board members, superintendents, and administrators while working to understand the needs and demands of our school district now and in the future.
In the fall of 2019, the Board hired Thomas and Williamson to evaluate plans for a new high school. Jon Thomas, president and co-founder of the firm, presented his findings, including initial cost estimates for a new school at a virtual board meeting on Tuesday, May 12, 2020.
“We are happy that this culmination of work has brought us to the point where we can share this extensive research with the community,” said School Board Vice President Jonathan Kuzma.  Read More

Quaker Valley School District has saved $4.7 million by refinancing a significant portion of its existing debt.

Quaker Valley School District has saved $4.7 million by refinancing a significant portion of its existing debt. Taking advantage of all-time low interest rate levels, on February 27, 2020, the District refinanced approximately $27.5 million in bonds by issuing new bonds at much lower rates.
The original bonds were from 2010 and were used to pay for the renovation and expansion at Quaker Valley Middle School. The other bonds being refinanced, which were issued in 2005 and 2006 to pay for the elementary school renovations, were first refinanced in 2014.
"The timing was right to take advantage of favorable rates and save the district taxpayers millions in future debt payments. We have been monitoring the market while working on several capital funding scenarios to minimize the tax impact of the future capital projects,” explains Director of Finance and Operations, Scott Antoline. “This refinancing was a critical component to help reduce our debt burden and allow for some capacity to help limit future tax increases.”
The Quaker Valley School Board unanimously agreed to authorize the refinancing at the February 18, 2020 board meeting.
"The Board is very grateful to our finance team for swift movement to hit the market at such a low point and save the District millions of dollars.  We understand the importance of this as we continue to formulate funding plans for the new high school.  We fully intend to implement a fiscally responsible project that balances the value of long term benefit to our community and does so within the mandated fiscal constraints to minimize the potential tax impact,” says School Board President, Sarah Heres.

The Quaker Valley School Board on Tuesday authorized the issuance of up to $10 million in bonds, payable over 25 years, toward the construction of a new high school on property between Camp Meeting Road and Little Sewickley Creek Road. Read more here.

Two Minutes with the Superintendent

Quaker Valley takes another step toward a new high school

Board members on Sept. 24 approved an agreement with PFM Financial Advisors to help the district develop a long-term financing plan for the new high school.

This follows board action Aug. 20 to approve a contract with Thomas & Williamson at a cost not to exceed $69,200 to work with the district to develop requests for proposals for design and construction work. The money will be taken from the 2017 construction fund.

“These are strong steps forward toward a very exciting time in Quaker Valley School District,” Superintendent Tammy Andreyko said in a statement. “We look forward to developing a new high school for the community which will serve the district and meet the needs of our students for decades to come.”

Designing for Success: An Evening with the Superintendent

At the end of January, Quaker Valley Superintendent Dr. Tammy Andreyko kicked off Blueprint QV: Designing for Success, our initiative based on key strategic priorities that will keep QV thriving. The cornerstone of Blueprint QV is building a new high school for the next century of learning.

Watch the Designing for Success program:

The little school that could: In Pennsylvania, a smorgasbord of learning

Quaker Valley High School, in a leafy century-old borough on the Ohio River near Pittsburgh, does not look like a hothouse of teenage academic ambition and curiosity. But it is.

In 2016, one of its students, Gabriel Weiner, took and passed 20 Advanced Placement tests, the most for any boy in Pennsylvania. Last year, 29 of Quaker Valley’s students took six to 14 college-level AP tests each, often after online courses or independent study with little teacher involvement. Some of its students with learning disabilities take AP. The school does not label students as gifted, pays all AP fees and believes in saying “not yet” — rather than “no” — when a student asks to do something many educators would consider crazy.

Letting students fly free is rare in American education. There are plenty of little public schools like Quaker Valley, with fewer than 700 students. But very few — I don’t know of any others — require AP exams of all AP students and let them take so many without teachers. Read more… 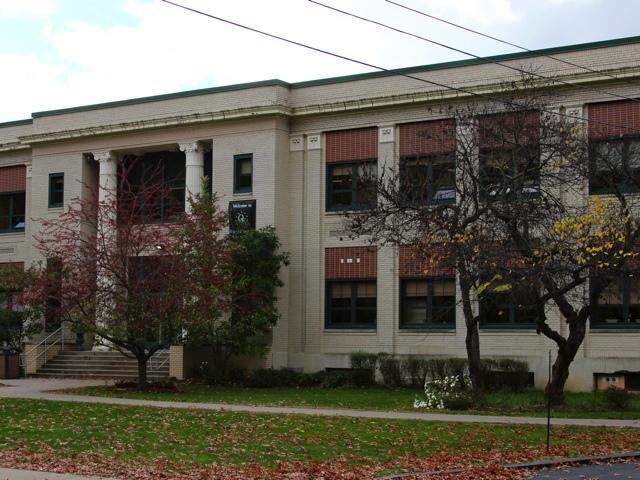 At its November 27, 2018, legislative meeting, the Quaker Valley School District (QVSD) Board of Directors, approved the purchase of the final parcel of property the District needed to continue moving toward the community’s long-held goal of constructing a new Quaker Valley High School.

This approximately 13.75-acre parcel (to be determined through final survey and due diligence), which straddles the boundary between Leet and Leetsdale Townships, abuts the properties off of Camp Meeting Road that QVSD purchased in 2017 and 2018 to be the site for the new high school. Read more…

Board of Directors Approves $10 Million Bond Resolution for Land Purchase 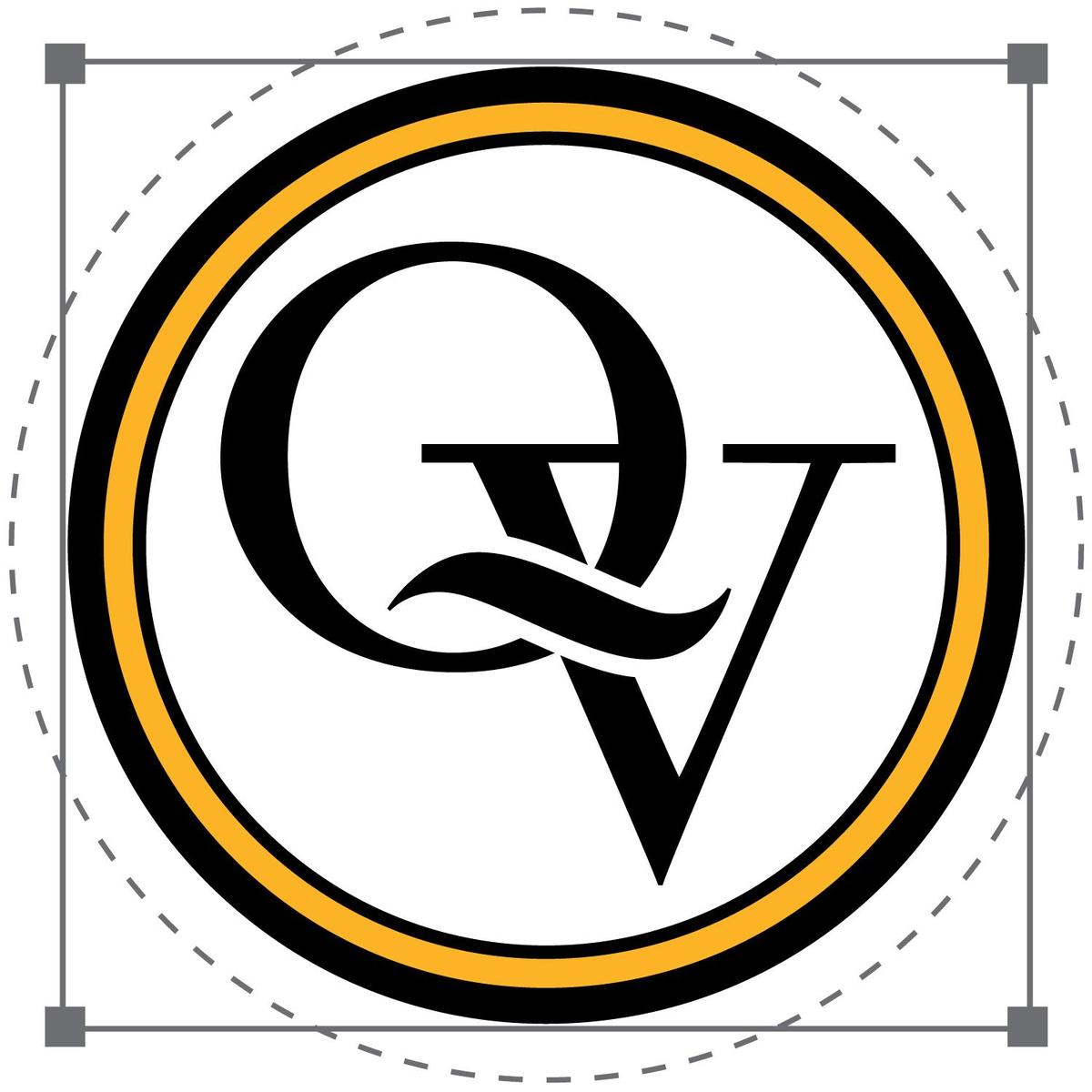 On Tuesday, October 24, 2017, the Quaker Valley School District Board of Directors adopted a $10 million bond resolution allowing QVSD to borrow money before the end of the calendar year for the purchase of land for a new high school.

The need to purchase land for a new high school comes as an outgrowth of the Quaker Valley School District’s efforts to ensure it has the resources and tools to provide one the best public school educations in Pennsylvania. After reviewing its high school facility, QVSD concluded that no amount of modernization will allow its high school building to effectively meet the needs of students and educators and fulfill the rules and requirements of the Pennsylvania Department of Education.

The District’s engineers studied the land on which the current high school is constructed and concluded that constructing a new high school on its current site because it is not large enough to meet the District’s needs and 70% of the site sits within a floodplain.

Earlier this year, the Quaker Valley School Board voted to enter into a sales agreement with Three Rivers Trust to purchase a parcel of land in Leet Township, and Edgeworth and Leetsdale Boroughs that is located off of Camp Meeting Road.

Approving the $10 million debt financing allows the District to get better rates and have a bank qualified loan, which could save the District hundreds of thousands of dollars over the course of the loan. The District has until December 27, 2017, to decide if it wants to buy the identified parcel of land. If the School Board approves the purchase, a sale will likely close in early 2018.

On Tuesday, May 30, 2017, the Quaker Valley School Board voted to enter into a sales agreement with Three Rivers Trust to purchase a parcel of land located in Leet Township and Edgeworth and Leetsdale Boroughs, at a price not to exceed $7.5 million. A final price for the land will be determined based on the net acreage of buildable land and following a period of due diligence by the District.

“By signing this agreement of sale, the district now has the ability to enter upon the property to conduct all necessary tests and inspections to determine, in its sole discretion, whether the property is suitable for its contemplated use as the site for a new high school facility,” adds School Board President Sarah Heres.

Presentations were made at Tuesday’s board meeting by the district’s legal counsel, its real estate consultant, engineers, and District Superintendent Dr. Heidi Ondek.

“The entire Board and its predecessors have invested years of work investigating all options at the current site and looking at other potential sites. When experts deemed the current site was not suitable for long-term investments and use, we immediately began a search for all possibilities inside and outside the district boundaries,” explains Facilities Chair David Pusateri.”

Quaker Valley School District continues to gather input from the community and work with BrainSpaces, Inc., to develop an education plan. The education plan will guide the design of the high school facility. An architectural firm will be hired to develop construction plans.

“The way the district intends to afford this project is through long-term financing similar to how it has with other building projects. The costs associated with building a new school would be separate from the proposed operating budget for 2017-2018. Any project cannot force tax increases beyond the index or qualified exceptions, unless through voter referendum,” says Scott Antoline, Director of Finance.

A small Pennsylvania high school listens to what teens want. Imagine that.

Patrick Cox, a junior at Quaker Valley High School in the Pittsburgh suburbs, has learning disabilities, including attention-deficit/hyperactivity disorder — ADHD — or what he calls “not giving two licks.”

Like most special-education students in this country, he has an individualized education program, known as an IEP. It is supposed to help him overcome his disability. Such programs have mixed results, but Cox’s experience has been different because of the unusual character of his school. Read more…